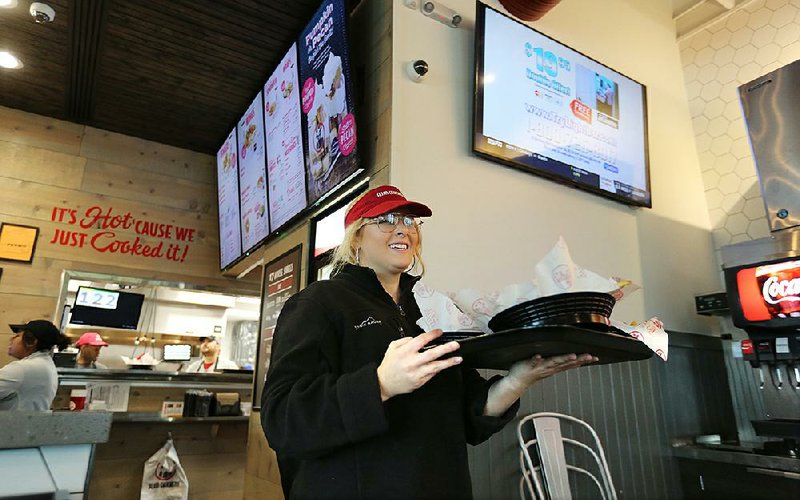 Fayetteville-based chicken restaurant chain Slim Chickens expects to open its 100th restaurant in December and has 350 locations under development.

Where exactly the location will be is still up in the air, as several projects will be nearing completion at the same time. The company said the new restaurants are all part of an aggressive multiunit growth plan. Slim Chickens intends to increase its presence in key markets with the target of opening 600 stores in the next 10 years.

Slim Chickens currently operates 85 stores in 14 U.S. states, two in Kuwait and five in the United Kingdom. The expansion will initially focus on the South, Midwest, Mid-Atlantic and the Northeast regions and, with current development deals considered, will cover 23 states.

Jackie Lobdell, the company’s executive director of franchise development, said the company is on track to open more than 30 stores in 2020 with a target of opening 50 stores each year after that.

Read the full story at the Arkansas Democrat-Gazette: https://bit.ly/34qlGe8